on November 21, 2019
One of my fourteen screenshots failed to upload. If you actually play the game, good screenshots are surprisingly helpful. If you don't, this may seem meaningless.

This is the early game. Note that I always build the bank as my first commercial building and you need to be at level 2 to access that. Building the first four houses and a single park should get you there.

Upgrades don't give experience, but X number of upgrades give little rewards and it increases capacity. The early upgrades are cheap. Later upgrades are more expensive.

Budget is tight in the early game, especially if you have ambitious goals for what you will fit in the space. Such ambitions also come with space constraints.

So you want whatever little extras you can access cheaply in the early game. One truck: If there are any rocks on the two tracts you are looking to develop, remove them before building anything at all. They will only be $3000 at that point. Every single bit of development pushes the cost of rock removal up.

You get you first rock removal bonus at five. I went ahead and removed a fifth rock outside the building footprint before adding any buildings just to get my first bonus. 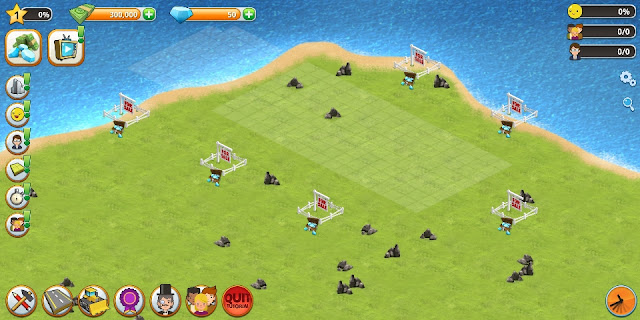 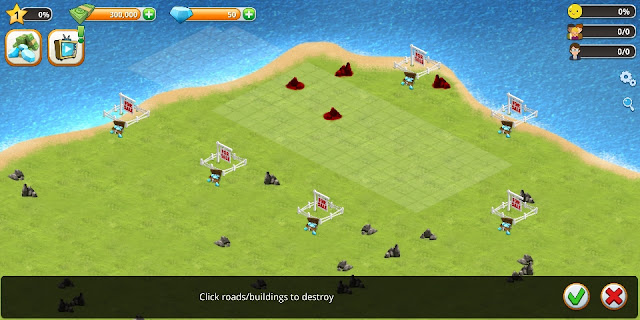 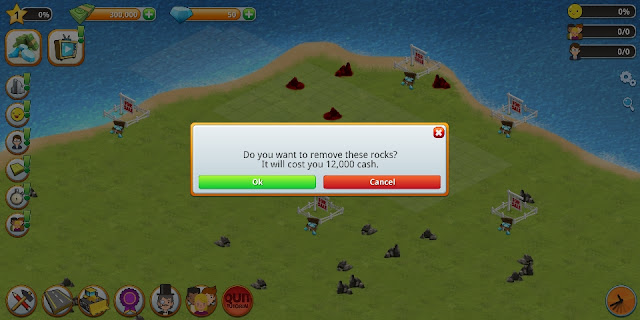 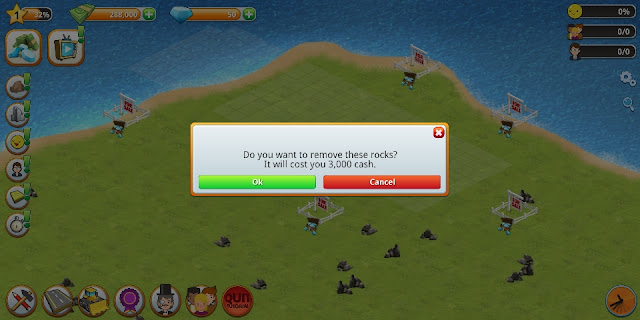 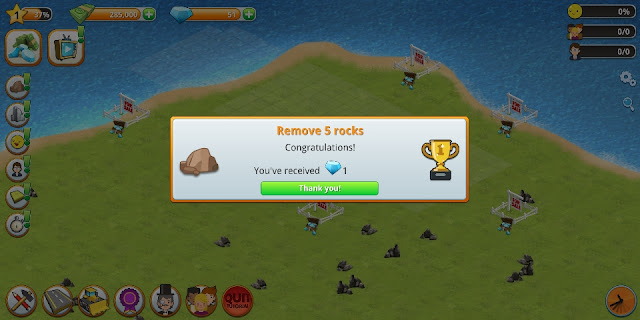 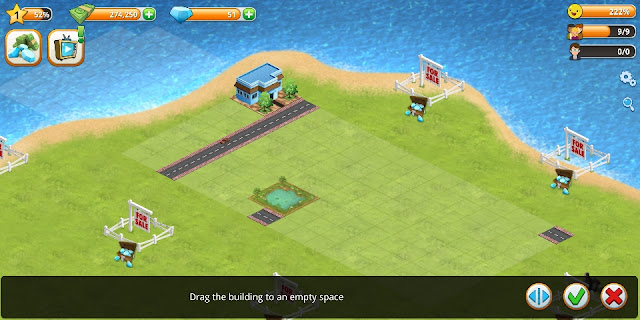 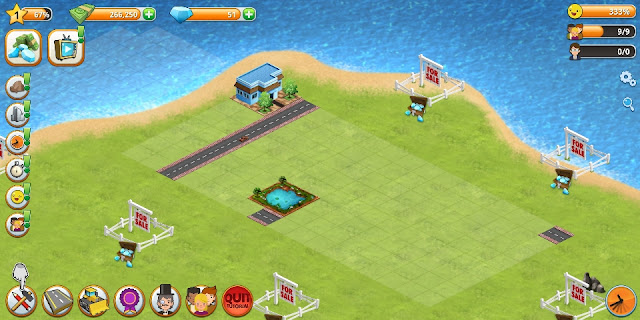 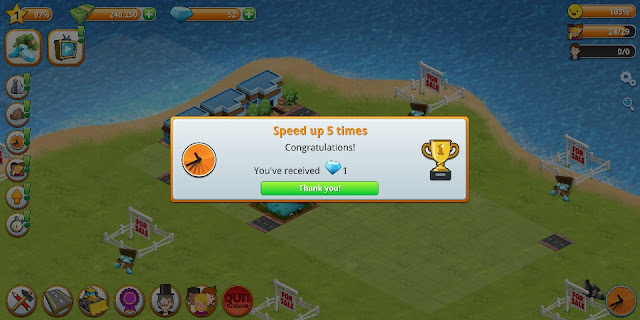 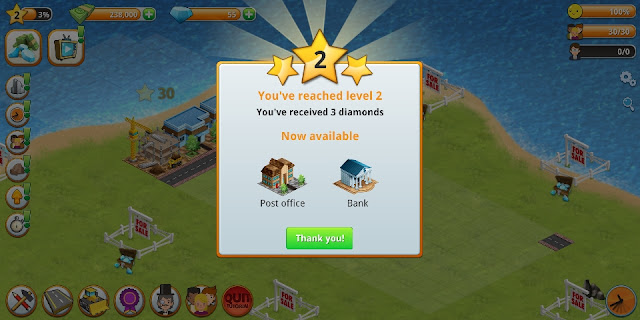 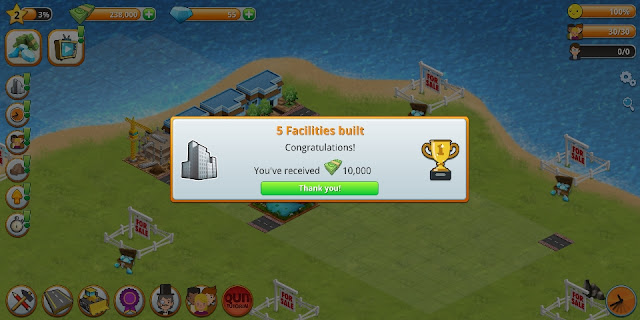 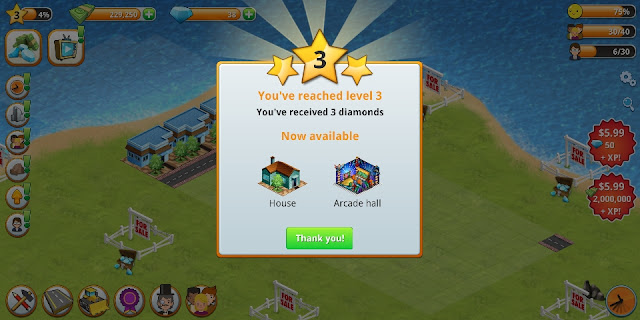 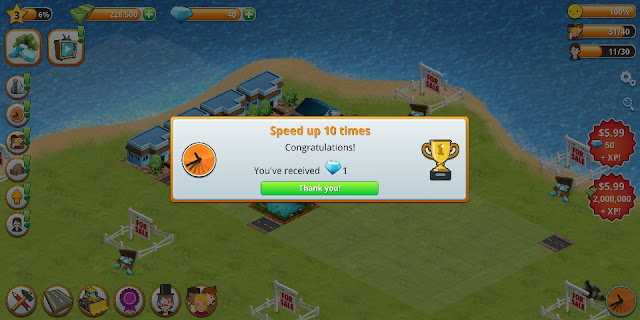 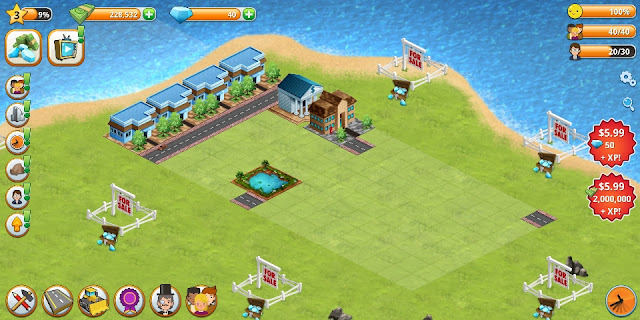